Peniel Environmental Solutions dries up your water problems so you can reclaim your space.

You've had a house fire but you're okay. Rapid response to fire damage is of critical importance

Mold growth in the home can be a major issue, not only for health reasons but for your quality of life. 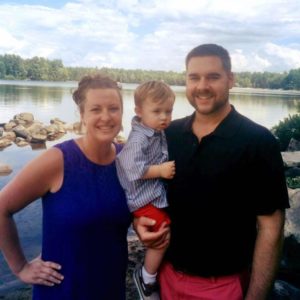 Brandon King was born and raised in Manchester, New Hampshire. He worked as a technician for another company, and quickly advanced to Operations Manager. During that time he oversaw a crew of more than 20 technicians and assistant technicians. Brandon managed both commercial and residential projects while ensuring a smooth customer service experience.

Now Brandon works here, at Peniel Environmental, where he is our Director of Mitigation.

"One of my proudest moments working for Peniel would be when I was responding to an elderly woman's water damaged home. When I arrived, she was in tears that her home had so much damage. Over the course of three days, our team turned those tears into a smile. We took great care to preserve as much of the home as possible; she was pleased with the care we provided. Helping people each day makes me proud of what I do!"

One of Brandon's most embarrassing times at Peniel would be when he was excited about winning a difficult job....

“I came downstairs to make a copy and since I was excited about winning the job, I jumped on the last step and smacked my head on the door frame causing me to fall to the ground”

When Brandon is not in the office or the field, he's usually enjoying his family. He is an avid hockey player, and you may also find him on the golf course. 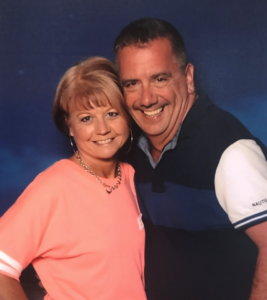 Earl Cook has been with Peniel Environmental since its inception as a testing and brokerage company since 2008. Earl worked for many national and local businesses offering similar services to Peniel but didn’t feel comfortable with service levels or customer support. That is when Earl with his wife and owner of the company decided to bring Peniel to the service side of the industry, offering water/fire/ mold mitigation, asbestos removal contaminated soil removal, chemical clean up, trauma scene clean up and clandestine lab cleanup to the fore front of services offered by Peniel.

During their nine years in business, Peniel has grown to be a 35-person company. Earl bases the success of Peniel to the team of people he surrounded himself and the company with during its growth.

Earls responsibilities now include looking at projects for particular clients as well as large and small projects that fall into what we call specialty projects throughout New England and upstate NY. Helping to build relationships throughout our industry building a stable future for his family.

When not work (which isn’t often) Earl enjoys kayaking, camping, vacationing with his wife. Earl and Gail both love spending time with their Daughter Tanya who is Peniel’s book keeper, Brandon who is an estimator/project manager for the company, Lauren, our daughter in-law who handles our social media, our three granddaughters and two dogs Nala and Sadie who you will see traveling with Earl regularly. Earl Currently resides in Wilton with eyes on a summer house on Lake Champlain. 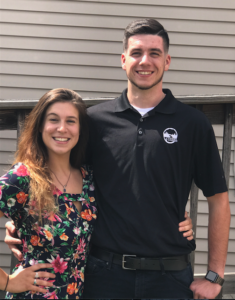 Brandon worked in the field for about four years; where he was able to learn more about mold, asbestos, crime scene, water, and fire jobs. Brandon then moved up to be an account manager, estimating, and sales. He loves sales and now focused on building a larger book of business and continuing to grow Peniel. Working at Peniel has helped develop his networking and speaking skills tremendously. One of Brandon's favorite things about Peniel would be our "e will take care of you aspect because we always try to make sure our customers are satisfied before the job is complete." One of Brandon's proudest moments at Peniel, "I was at a client's house with other inspectors, and mold professionals and no one was able to identify where the mold was coming from except for me."

When Brandon is not working for Peniel, he enjoys being outside. He enjoys hiking with his wife Lauren and dog Parker. Camping with family, and when he is not with his wife or dog he likes mountain biking, and golfing. 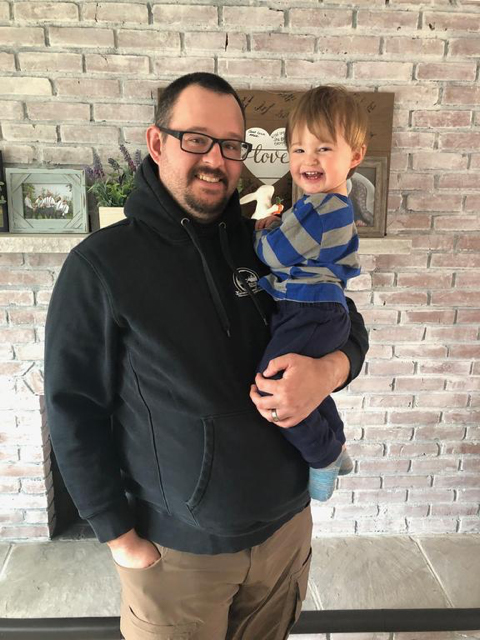 Tom Morneault is from Tewksbury, MA, where he lives with his family. He served four years in the Army as a Combat Engineer, after which he received his degree in Social Sciences from Middlesex Community College.

Tom began his career as a laborer and eventually became a project manager in the environmental services industry where he has worked for the past 6 years. His experience includes asbestos, lead, and mold abatement, as well as heavy equipment operations.

When not at work for Peniel, Tom can be found golfing, camping, spending time with family and snowmobiling.

Keith Sparks has been working in the industry since early 2011, with the most recent 4 years being with Peniel Environmental Solutions. Keith started as an entry level Field Assistant and progressively worked his way up to his current position of Director or Mitigation. At times, Keith can be found assisting with marketing events and/or playing a role in business development, while always educating referral sources about Peniel Environmental.

Keith’s primary responsibilities include estimating, sales, project management, business development, field training and if needed, entry level assistant again. He always puts the team first and will do whatever it takes to ensure Peniel’s standards are consistently achieved. After 8+ years in the industry, Keith still loves what he does and truly enjoys helping people in their moment of need each and every day.

When Keith is not dedicated to Peniel, you can find him near the ocean living the beach life, kayaking the lakes and rivers, mountain biking, fishing and pretty much anything outdoors! 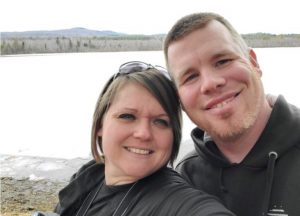 Matthew has been in the restoration business for 8 years. He started out as a Production Technician at Servpro in the Lebanon/Hanover/Littleton area, working his way up through Crew Chief, Shop Manager and on to his final role as Project Manager before deciding to join Peniel Environmental. Matt is certified in water, fire and smoke restoration as well as mold testing/remediation and lead abatement. Matt enjoys working with new people and is excited to join the Peniel family where he is eager to face new opportunities to expand his knowledge in the field. Outside of work hours, Matt enjoys fishing, camping, boating and hiking with his wife and children and their 2 dogs, Rocco and Cena.

We are excited to announce that Matt will be leading the charge to building the Peniel Environmental brand in northern New Hampshire and Vermont!

READ MORE ABOUT OUR SERVICES

we offer 24/7 response to our customers  |  LEARN MORE

Disasters, natural or not, can happen in the blink of an eye. Peniel Environmental knows that this is the case for things like floods, or fires. We want you and your family to stay safe and get the best disaster restoration possible whenever you need it.

We offer cutting edge technology and 24/7 rapid response services because we are deeply concerned about the importance of time in such urgent situations as floods, fires, inclement weather and traumatic events.

With our emergency restoration we provide our customers 24/7 services for water damage, fire damage, and smoke damage!

"Earl, I just wanted to drop you a note thanking you and Peniel Environmental for the great work today.  Francisco was outstanding!  Completely professional and thorough, I’d have him back onsite anytime!  I’m glad to have partnered with you and your company, I look forward to working with you again in the future."

The experience that we had with Penial mitigating our mold in the attic was excellent. I appreciate their straightforward manner and am happy to refer them. Thank you.

They were timely, professional and courteous. Their pricing is not scary and when they left, the house looked as though they were never even here. They did an amazing job. Would absolutely hire again.

I loved Peniel For their pricing their employees very friendly and easy people to work with . Very Reliable timewise getting the job done I would highly recommend your company

Please fill in this short form so that we can email you a link to download your COVID-19 Cleanup and Disinfecting:

What You Need to Know information. It explains the process, and what you need to look for when you are considering hiring an infectious disease cleanup company. Within the document there is important information from both the CDC and the FDA that will help guide you through the specification process.

Please fill in this short form and we will call you to set up your covid-19 disinfecting contingency plan:

Water Damage and Other Restoration Services in the New England Area

In addition to providing water damage restoration and other damage repair services such as fire, mold, and storm damage, we are supported by a large network of contractors in our area as well as throughout the U.S for a variety of homeowner and commercial repair and restoration services. We would be glad to help you find any contracting resources you may need for your home or business.

Complete the form below and a Peniel Specialist will respond as soon as possible.

All rights reserved. No part of this publication may be reproduced, distributed, or transmitted in any form or by any means, including photocopying, recording, or other electronic or mechanical methods, without the prior written permission of the publisher, except in the case of brief quotations embodied in critical reviews and certain other noncommercial uses permitted by copyright law. For permission requests, write to the publisher, ecook@penielenv.com and wsweeney@danconia.com.